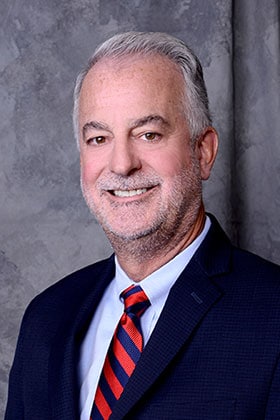 His background includes more than 35 years of experience in sales and financial analysis. Prior to joining NCS, Mr. Bradley served as Chief Financial Officer for an international government contractor. He also enjoyed a 15 year career with Bank of America, culminating in a position as Vice President and District Sales Manager where he managed operations for 33 retail branches with more than 600 employees. 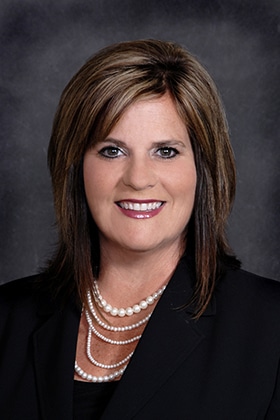 Lisa Steele is the Chief Operating Officer for Mother Lode Holding Company. She is a 30-year industry veteran with a background in sales, marketing, escrow, operations, and leadership. She currently oversees daily operations alongside business partners Randy Bradley and Darrick Blatnick. She is a member of the Board of Governors for the American Land Title Association (ALTA).

Lisa's passion is helping others. Hanging in her office you’ll find and old handwritten post-it note scribbled with a simple daily reminder: “Leadership means serving the greater good.” She is a culture creator and has learned the importance of building a workplace that people enjoy, where they feel safe and appreciated, and where they care for one another and their customers. Leo French, founder of MLHC, started with this simple goal and Lisa is proud to carry it on.

When not traveling to one of the branch operations, Lisa can be found at the lake, camping with family and spending time outdoors. She also serves as the CEO of the Strong As Steele Cancer Foundation, where she is proud to honor her late daughter, Taylor, by providing financial support to many cancer patients and organizations. 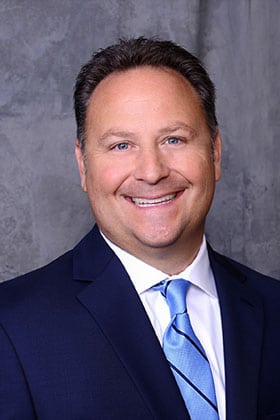 When Darrick Blatnick joined Mother Lode Holding Company’s Executive Team, he brought with him years of experience in the title and escrow business—all of it as a member of the Placer Title Company team. Darrick started his title and escrow career at Placer Title Company in 1996 as a member of their customer service division and quickly transitioned into sales and business development. In 2004, Darrick was appointed Vice President of Placer’s Sacramento County Division. In 2013 he transitioned to the Mother Lode Holding Company Executive Team and in 2021 was elevated to President of Mother Lode Holding Company. His love for people, his competitive drive and his intuitive nature all served him well and helped him excel in each new position.

Mr. Blatnick was born and raised in the Sacramento area and currently resides in Rocklin with his wife and daughters. His interests outside of the home and office include golf and baseball. His passion for baseball has lead him to assist in coaching several local high school programs. When asked what he believes has made him successful with Placer Title Company, he said, “I love the people I work with. I'm a good listener and I relate to the needs of my co-workers and customers and respond in any way I can to support their efforts to succeed.” 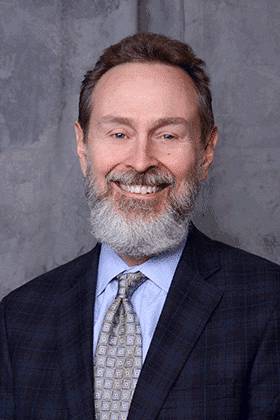 From 1992 to 1999, Mr. Philipp served as Executive Vice President, CFO and Secretary of a publicly held bank holding company headquartered in Central California, where he has also been a member of the Board of Directors since 1999. Mr. Philipp has also held positions as budget director and financial analyst for a national jewelry retailer and was employed by a global accounting and consulting firm. 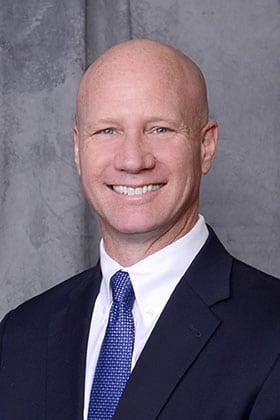 Darrell Martin joined Mother Lode Holding Company in 2015 as Senior Vice President and Deputy General Counsel for the company and all of its subsidiaries. Mr. Martin became Mother Lode Holding Company’s General Counsel, Secretary and Executive Vice President in 2018, and provides all legal services for the company and its subsidiaries.

Mr. Martin is a native of the greater Sacramento area and graduated with distinction in 1997 from the University of the Pacific, McGeorge School of Law. Mr. Martin began his legal career as a Deputy District Attorney in Contra Costa County, and after leaving the District Attorney’s Office, spent the next 15 years in civil practice in the San Francisco Bay Area. Prior to joining Mother Lode, Mr. Martin was the managing partner of a private firm where he practiced for nearly a decade in real estate and title insurance litigation representing the title and escrow industry, including Mother Lode and its subsidiaries.

Mr. Martin currently serves on the Board of Governors for the California Land Title Association, as well as its Forms and Practices Committee. 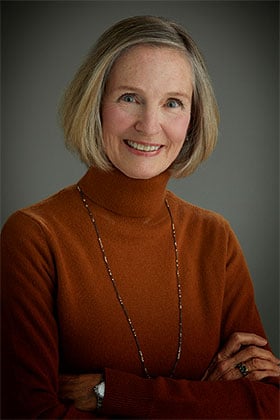 Chairman Of The Board

Marsha Emmett has over 40 years of experience in the title and escrow industry, proudly serving Placer Title Company since 1977. With extensive experience on all sides of title and escrow, Ms. Emmett has served as an Escrow Officer, Branch Manager, County Manager and was appointed President of Mother Lode Holding Company in 1997. She became CEO of Mother Lode Holding Company in 2001, and Chairman/CEO from 2006-2021. She remains as Chairman of the board today. 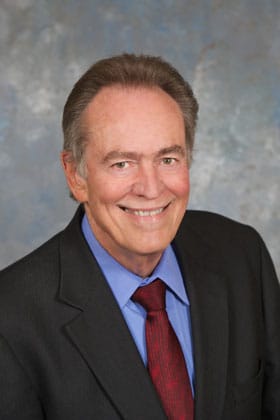 Vice Chairman Of The Board

Jim Johnston has over 39 years of experience in the title and escrow industry, and has been a proud member of Placer Title Company since 1983. Mr. Johnston has held numerous positions during his tenure at PTC, including President of El Dorado County, Sacramento and Yuba-Sutter Counties. From 1987 through 1992, Mr. Johnston served as the Regional Vice President of County Operations. In 2002 he was appointed President of PTC and President of MLHC in 2005. Mr. Johnston retired as President in 2021 and remains as vice chairman of the board.